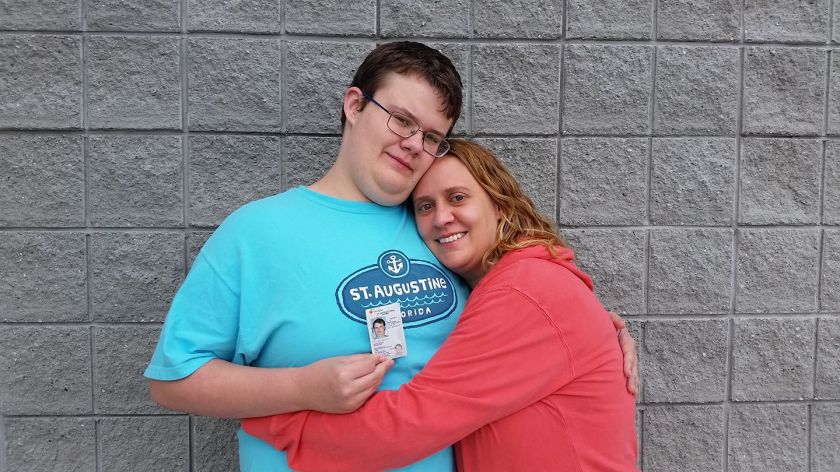 I never really knew how old she was. I never wanted know her like that even though no part of her inspired fear; her gentleness was evident to all. What my sister and I did know was what we had been told – that she was “special,” and “more like a little child.” We spoke to her each Sunday at church, more because of her friendliness than our manners. Once we grew to be teenagers, the topic of conversation would begin to follow a single thread for the remainder of our years together. On The List of Things I Wish I’d Known to Do, stopping to really spend the time with her makes the top ten.

Her name was Sadie and she was probably about 10-15 years older than me. Through her thick glasses she would scrutinize us happily as she made conversation each Sunday after services. I confess that sometimes we avoided her, not having any experience or education about how to communicate with people like Sadie. But when I approached driving age, she sought me out each week to ask the question that seemed to burn in her consciousness: “Can you drive?”

I would answer according to the circumstances of the time. “No,” before I was permitted or licensed, and then “Yes” later. This was her conversation starter each week: “Can you drive?” I remember thinking that this must be all she knew to talk to me about. I now know the reality of how defining the answer to that question is for people like Sadie.

When I began to accept all the things my own child, who is affected by disability, would probably never do, driving was at the top of the list. This isn’t just because it is another rite of passage for young adults, which I would miss out on. It wasn’t until I started my life as his advocate that I understood how the ability to drive delineates every opportunity open to them for their very precarious futures.

Driving means potential employment, independent living, a bank account, and all the amenities thereof. But not being able to drive, well, the options suddenly narrow to a trickle. It means living near or with family. Or, it can mean living in a city center so you can have access to public transport. For some, the easiest answer is early placement in a group home with employment in a sheltered workshop. The answers of how to live as a person with a disability when you can’t drive are varied (and possible), but our potential was definitely limited.

My sister and I used to laugh on the way to Sunday afternoon lunch at the Piccadilly Cafeteria as we chanted, “Can you drive?” Then it seemed like such a silly question. But on this side of life, I hear her saying “Can you drive? Because I can’t and it has changed everything for me. Tell me about driving. Is it fun? Do you like it? Can you go places? What kind of places do you go? Would you take me?”

When Noah announced that he wanted to learn to drive because he knew it would be important to being an independent adult, we realized that he knew the limitations he would face without a driver’s license. It’s been tough. It’s a very social activity (more about this later) that taxes his mental muscles each time he gets behind the wheel. But we’re 8 months into the process and Noah is driving.

But each time he gets behind the wheel, I see Sadie’s giant smile and kind pair of eyes hidden behind thick glasses. I see her awkward stride making her way up the aisle, or through the streets of our town. And I hear her plaintive plea – “Can you drive?”

And I whisper, “Look Sadie, we can drive.”