I just wanted to hide out. That was basically my career goal two years ago when I took my current position as a Pre-K teacher at a nationally accredited daycare. I even remember saying, “This will be a good place to just lay low for a little while.” I’d been hurt or burned or whatever you want to call it just one too many times in 3 years. So I took a job for which I was eminently overqualified. It seemed kind of like my penance for being a failure at things I love to do.

It’s been a long two years. Don’t misunderstand, I’ve made some wonderful friends. I’ve given it 100% every day and I’ve been successful. But I haven’t been fulfilled. I haven’t really “shown up” the way I am capable of. Then a few months ago I stumbled on someone that I probably should (and would) have had on my radar if I was really living life.

God bless Netflix!! After binging for a few hours on some mindless sedative to desensitize myself to the horrors of daycare, I finished my show. The next recommendation/preview was for Brene Brown’s The Call to Courage. I had only gotten a few minutes in when I realized this woman has been stalking me. More research would only convince me that it is truly creepy how she nails my dysfunction.

The more I listened to her and read her work, the more I came to terms with the failures I have endured. She described my pain and act of receding into myself better than I could have ever done so. If you haven’t read Rising Strong or watched her Ted Talks I highly recommend them.

***DISCLAIMER*** If you aren’t a big fan, that’s fine – we can disagree. However, I’m not interested in debating any of her research or theories. I’m feeling pretty confident for the first time in a long time so don’t ruin this for me. 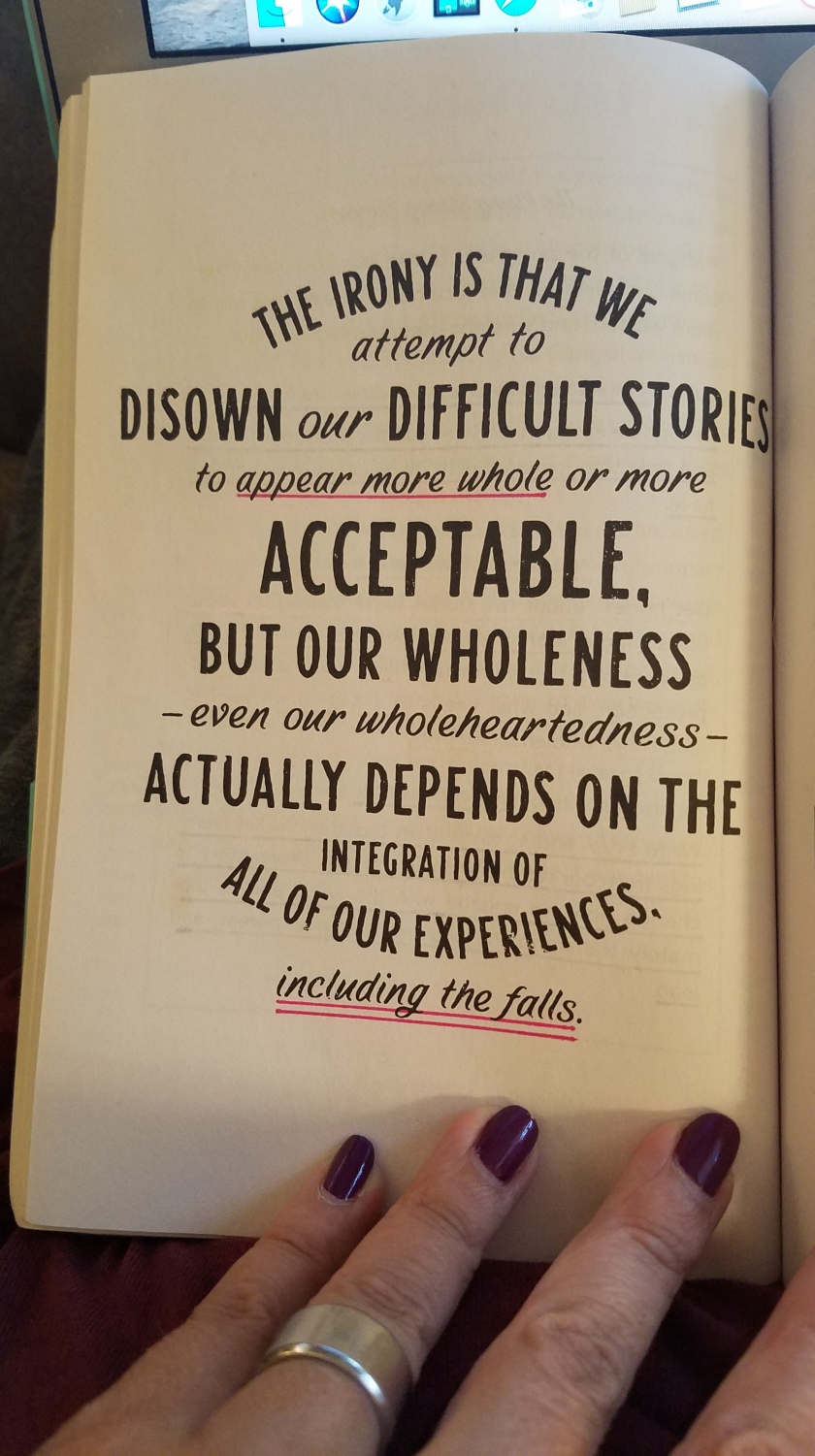 Doing this work and owning my “difficult story,” has been a life changing event for me. So much so that I am stepping out again to lead, dream and minister to others.

I’ve accepted the position as Director of Main Street Preschool at First Baptist Church of Tucker, GA. This half-day program is celebrating its 50th year of ministry to Tucker and the surrounding area. I’ll be training, caring for and mentoring around a dozen teachers. I’m beyond excited to finish my time in my current position and start this new chapter of my life. Now let me answer some questions…

Are we moving to Tucker? Nope. It’s going to be a 30 mile commute one way. You heard me right. 60 miles round trip.

So this must be a pay raise right? Wrong again. I’m cutting back to part-time and accepting a 1/3 pay cut.

Have you lost your mind? I really don’t think so. Sometimes something just feels right and now is one of those times. We’ve always been committed to living authentically and simply. While I’ve been embracing part of that equation, I don’t think I’ve really been practicing my values because I’ve definitely been choosing comfort over courage. Hiding out to prevent being hurt again hasn’t worked. If anything, the hurt and shame of failure has putrified. Only by working through the story, owning it and risking the arena again can I be made whole.

I’m sure we’ll have more exciting things to share as we enter this new chapter of living courageously and authentically. I appreciate your support and prayers as I begin this new part of my story.